When you think of tea, the U.K likely comes to mind — after all, the idea of an afternoon cuppa is quintessentially British.

Tea, which was an upper-class drink in continental Europe, became infused in every social class in Great Britain throughout the course of the eighteenth century. Tea is a prominent feature of British culture and society. Tea in England dates back to the mid-sixteenth century when green tea was exported from China and first introduced in the coffeehouses of London. The first tea shop in London didn’t open until the early eighteenth century, sometime between 1706 and 1717.

Tea was six to ten times more expensive than coffee in the 1660s, making it an extremely expensive and luxurious commodity. Tea would not have become the English staple it is known as, if not for an increase in supply that made it more accessible. Between 1720 and 1750, imports of tea to Britain through the British East India Company more than quadrupled. By 1766, exports from Canton stood at six million pounds on British boats. As prices slowly fell, more people at the middle levels of society had access to tea.

Drinking tea became associated with respectability among the middle-class. By the 19th century, tea’s popularity had reached the working class and it was soon considered an everyday necessity among poor laborers. Though the price of coffee had also gone down by this point, tea was the preferred drink because, unlike coffee, it still tasted good when diluted, which is often how the poor consumed it in order to save money.

From 1884 onward, due to the innovation in tea preparation, the price of tea dropped and remained relatively low throughout the first half of the twentieth century.

While the box is a beautiful way to enjoy a taste of Britain for yourself, we think it would be a beautiful way to experience English tea culture with your mom - or a special woman in your life - this Mother’s Day, without needing a passport. When you purchase a 6 or 12-month gift card this week, you’ll receive this limited edition box for free - simply use the code BRITISHTEAS in the discount field at checkout! 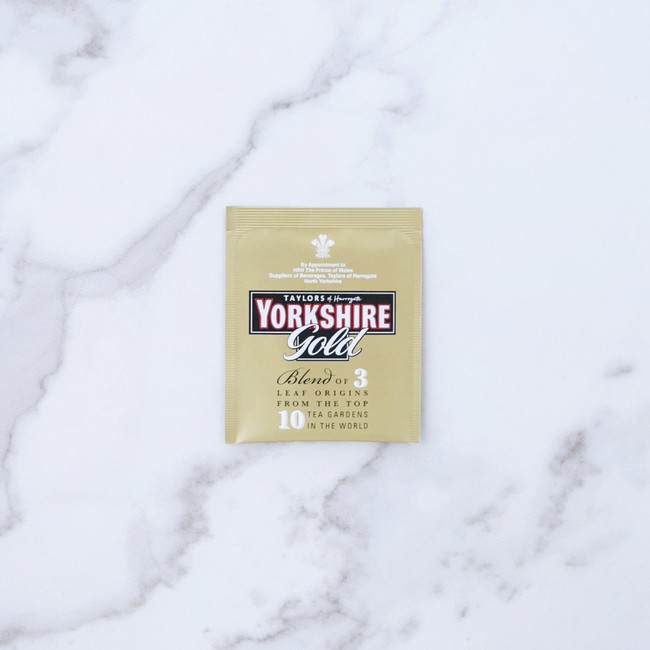 The Yorkshire Tea family business was founded in 1886 in Harrogate, a town in Yorkshire, England. They are still family owned today and work hard to stay true to their love of fairness, and quality.

Made with tea from the world’s finest tea gardens, Yorkshire Gold is a rich and refreshing brew with the smooth malty flavor of the second flush of the Assam season, combined with the fresh lively character of peak-season teas from Rwanda and the highlands of East Africa. This tea produces a rich, golden liquor that is full of character and brightness with a brisk, refreshing character. The result is a luxurious, full-bodied tea with a rich flavor, offering top quality and great taste.

Learn more about Yorkshire Gold and access special offers from Yorkshire Teas here. Use code SPRING40 for $1 off Yorkshire Gold 40ct box, and SHIP40GOLD for free shipping on brandsofbritain.com! 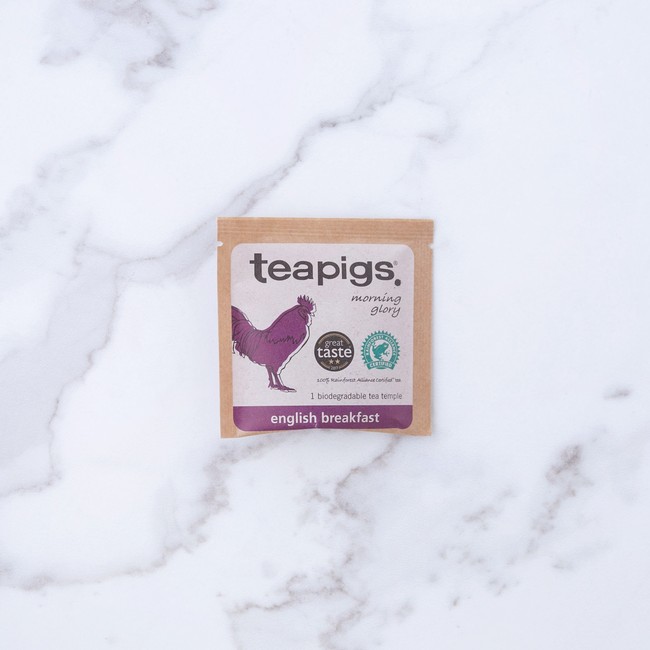 teapigs, hailing from the UK, has a "no air, no graces, just fine tea" approach. Nick and Louise started teapigs in November 2006 with one mission – to get people drinking real tea again. They met while working for a really big tea company, where they learned all about tea and drank lots of it. And the more they learned, and the more they drank, the more they came to realize something: that there's a whole world of quality teas out there that simply aren't getting the attention they deserve. And so teapigs was born.

English Breakfast, teapigs’ signature blend, is the ultimate British favorite. It's perfectly balanced with a malty, zesty, rich strength. Enjoy straight up or with milk & sugar!

With every pack of English Breakfast sold, teapigs makes a donation to the Point Foundation to support orphans and vulnerable young people in Gisenyi, Rwanda, which is where most of the tea in the English breakfast blend comes from.

Learn more about English Breakfast and access special offers from teapigs here. Use code SIPSBYBRITISH to receive 30% off on teapigs.com! 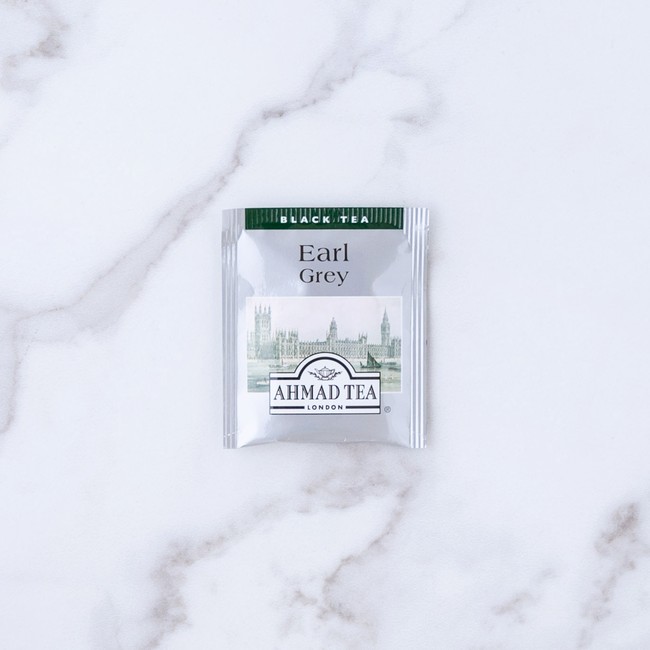 Ahmad Tea combines heritage and innovation to provide some of the best classic English teas along with new and unique blends. Fun fact: in 2011, Ahmad Tea was awarded the responsibility of supplying and packing tea for the Royal Collection, including Buckingham Palace - their tea is truly fit for the queen!

Ahmad Tea is a British family business with over four generations of passion for producing the finest teas. Their comprehensive range of classic black teas, delicious fruit teas, healthy green teas, and natural herbal infusions are sold in over 80 countries around the world!

Their best-selling Earl Grey is a posh blend that’s perfect with lemon or milk, or straight-up. Earl Grey is one of the most recognized flavored teas in the world. The wonderful aroma of Earl Grey is due to bergamot oil, which is extracted from the rind of bergamot orange, a fragrant citrus fruit. If you’re in the mood for a latte, London Fog is a popular combination of Earl Grey, steamed milk, vanilla syrup and sometimes lavender.

Learn more about Earl Grey and access special offers from Ahmad Tea here. Use code SIPSBY20 to receive 20% off plus free shipping on ahmadteausa.com! 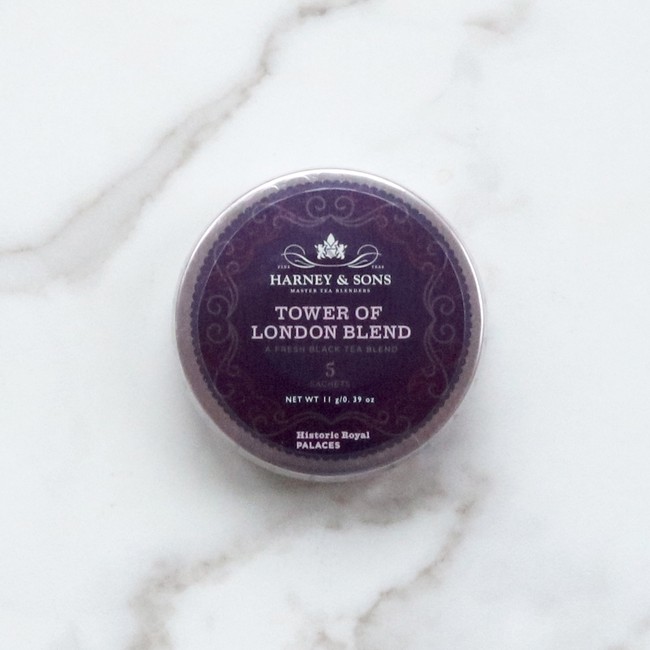 Harney & Sons Fine Teas is a staple in the tea industry and has a wide variety of modern flavored blends as well as timeless classics to choose from.

Harney & Sons was founded on a commitment to deliver customers the finest quality tea possible. This promise, made over 30 years ago, serves as the company's guiding principle. John's sons carry on the tradition. Today, Harney & Sons Tea remains family owned and managed, with three generations of Harneys preserving John's tradition of fine tea and traveling the world in search of the finest ingredients.

Few buildings have the history of the Tower of London. First it was a fort. Then it became the royal prison. It has even stored the Crown Jewels. So when Harney & Sons was commissioned by the Historic Royal Palaces to do a tea in honor of it, they took it seriously! Featured in the Harney & Sons Historic Royal Palaces Collection, Tower of London has become one of their most popular blends, and the color of the tin is inspired by the rich tones of amethyst. This tea is complicated, like the Tower itself. The flavorful and tempting blend has flavors similar to Earl Grey, Vanilla and Black Currant with a nice touch of honey.

Learn more about Tower of London and access special offers from Harney & Sons here. Use code SIPSBY19 for 15% off on harney.com!

GET YOUR FREE BRITISH TEAS BOX

About us: Sips by™ is an Austin-based startup founded by a small group of tea lovers who want discovering tea to be fun, personalized, and affordable. When you subscribe to Sips by's tea discovery box — the only personalized, multi-brand tea subscription! — we match you with a tea expert who learns your tastes and sends you 4 unique teas to try each month, chosen from over 100 global tea brands. You can choose loose leaf tea or teabags, caffeinated or herbal, or have a little taste of each — every box is truly unique to the subscriber's preferences! Not ready to subscribe? We've still got valuable benefits to offer you! Sign up for a free Sips by profile to access special brand offers, win free tea, refer friends for points, and learn about the best tea subscription box out there.

Back to SEASONAL FEATURES